Liz was utterly shocked and delighted to win the Crime Fiction Award at the Irish Book Awards.

Crime Meister Declan Burke writes ..
Congratulations to Liz Nugent, the author of UNRAVELLING OLIVER (Penguin Ireland), who last night won the Best Crime Novel award at the BGE Irish Book Awards. It’s a doubly impressive feat, given that UNRAVELLING OLIVER is Liz Nugent’s debut offering, and that the novel is by no means a conventional crime title. It’s a book that reminded me very strongly of Karin Fossum’s work, and it will be very interesting to see what Liz Nugent does next.

I reviewed UNRAVELLING OLIVER in the Irish Times when it was first released, with the gist of the review running thusly:
“Oliver Ryan may be a vain, shallow and ultimately violent sociopath, but his story grows more compelling and nuanced the more we learn about him and the factors that influenced the man he would become, some of which were set in train even before he was born. More an investigation into psychology than a conventional crime thriller, Unravelling Oliver is a formidable debut.” 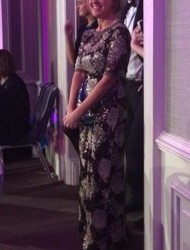 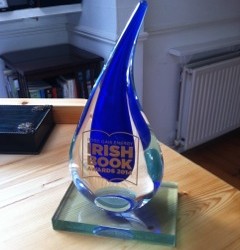